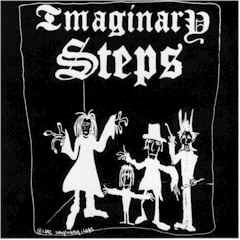 In 1990, Dangenoir (Bellann) and David Ruel founded IMAGINARY STEPS. In 1991, they released their pop­rock album Maybe Tomorrow, (produced by Dangenoir/Bellann), (including the single The more I learn written/composed by Dangenoir) and the success of this song led them to play in New York, for the release of a compilation cd intitled (Hear No Evil) on wich it appeared and led them to play in USA, as well as charting around the world. It also gave them the opportunity of supporting major bands (Curve, The Ramones) in many concert halls. They then released their critically applauded gothic­rock album (produced by Dangenoir/Bellann) : What good will it do ? In 1993, and played more shows than ever before. IMAGINARY STEPS became one of Montreal’s most popular underground bands: Imaginary Steps. Then, in 1993, they released the critically acclaimed gothrock conceptual CD: What Good Will It Do ? The Songs And The Story (A Dangenoir/Bellann Idea), that was mentionned by Claude Rajotte as the best Montreal CD produced an considered it as an exemple/model for all future upcoming bands and he played more then ever wished, IMAGINARY STEPS songs on his CHOM­FM radio show. They were interviewed on his Musique Plus Show. The official CD launch (soldout)concert took place at Le Club Soda,in Montreal. Afterwards IMAGINARY STEPS played more or less 500 shows throughout Canada and shot a (Dangenoir/Bellann concept video) for their famous track: (The Dreamer). Andrew St­Pierre (drummer) left the band. Soon after, Dangenoir pulled the final curtain on his (Imaginary Steps project). In 1996, a few months after Dangenoir's father commited suicide, he decided to honnor him by composing in french (for his dad always wanted him to do so)and changed his music style to what he felt, was much closer to his (always evolving) personnal preferences. INSANASOMNIA would become the name of Dangenoir's new music project. He recruited his beloved cousins: Benzébuth(guitar) and Sylenfer (Drums). In 1997 they released their fist album: 2000 ans face au miroir. This record was dedicated to Dangenoir's father. The song: (Dernier premier sommeil), reached the #3 position on CISM­FM and remained in their Top­40 Chart for 10 weeks.(Justice finale) reached the 17th position on CIBL­FM. (2000 ans face au miroir) was proclaimed, album of the week on the great Belgium radio­show: (Planete Indie). The second album (Asile en orbite) was released in 1998. The songs(Chanson pop, Schopenhauer and Le rêveur)made the top­ten list on several underground and college radio stations. 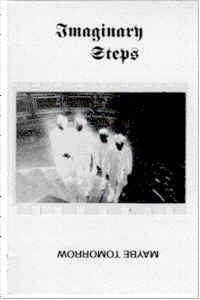